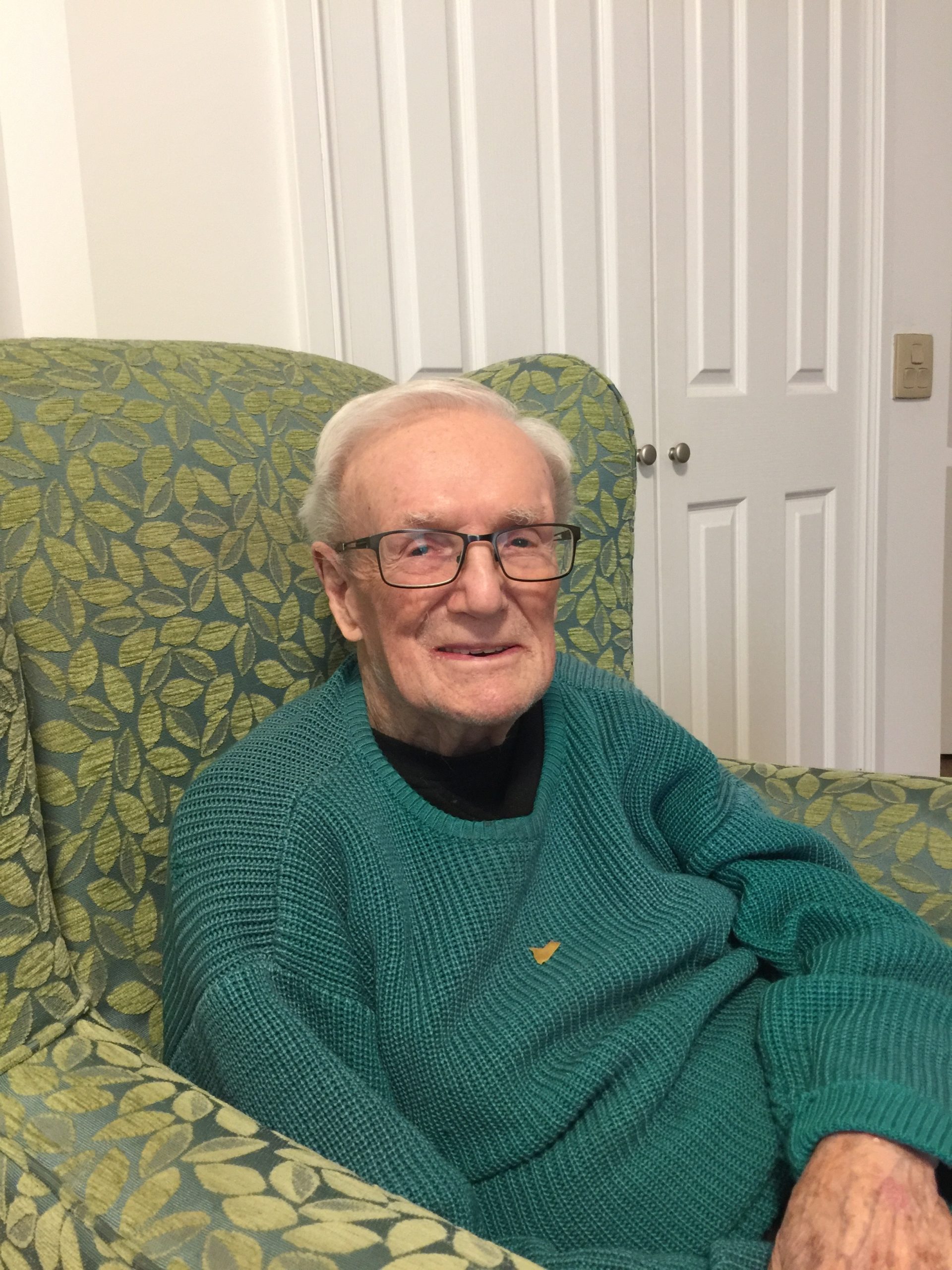 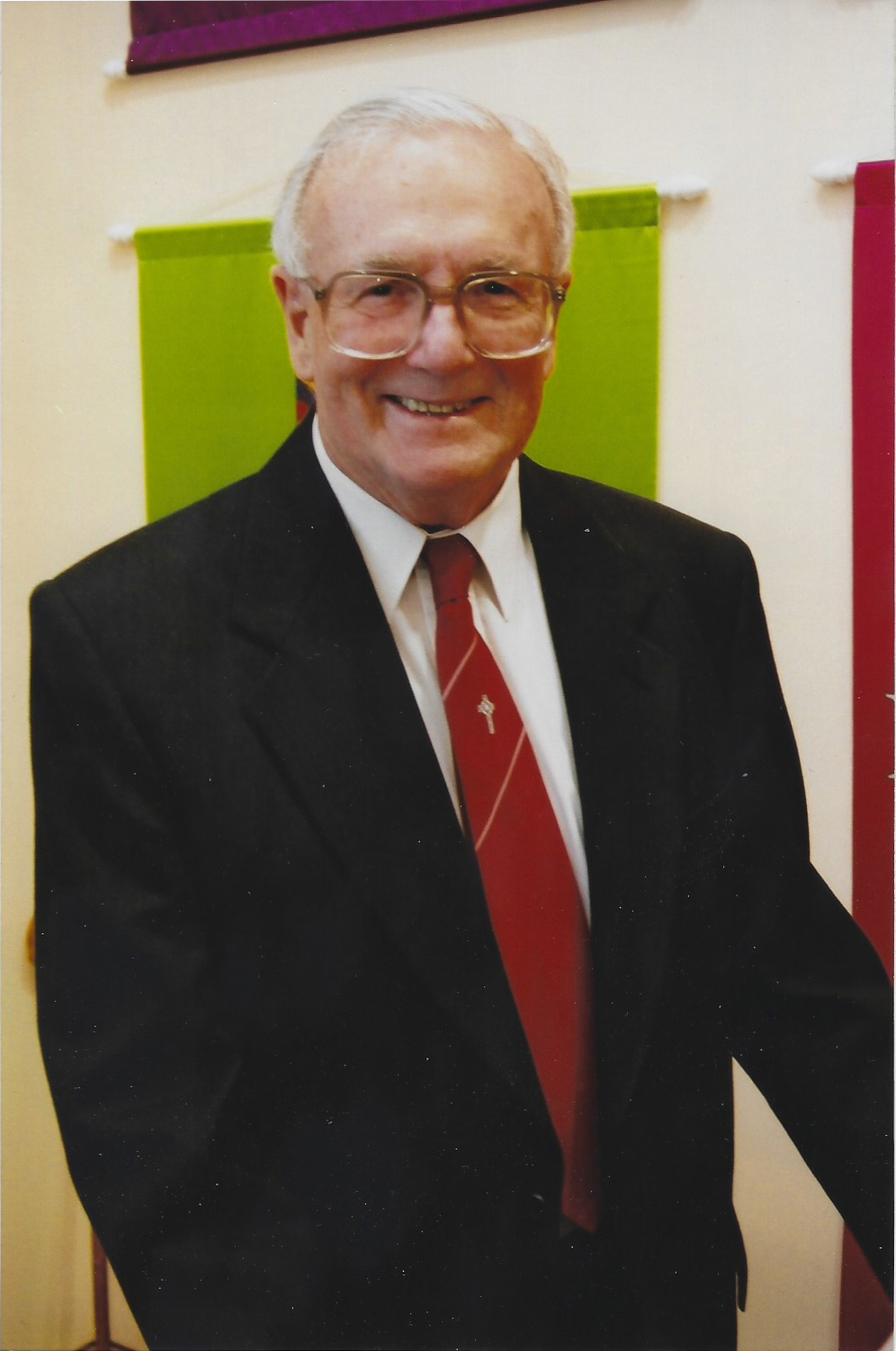 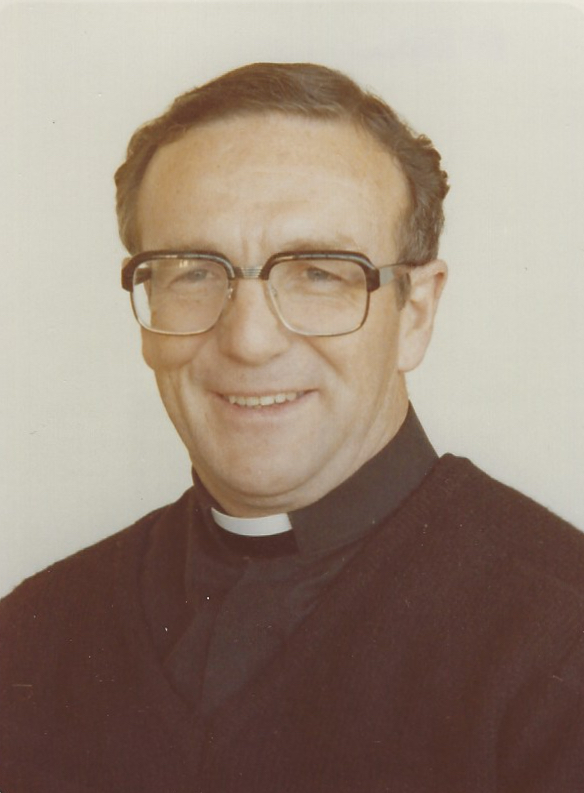 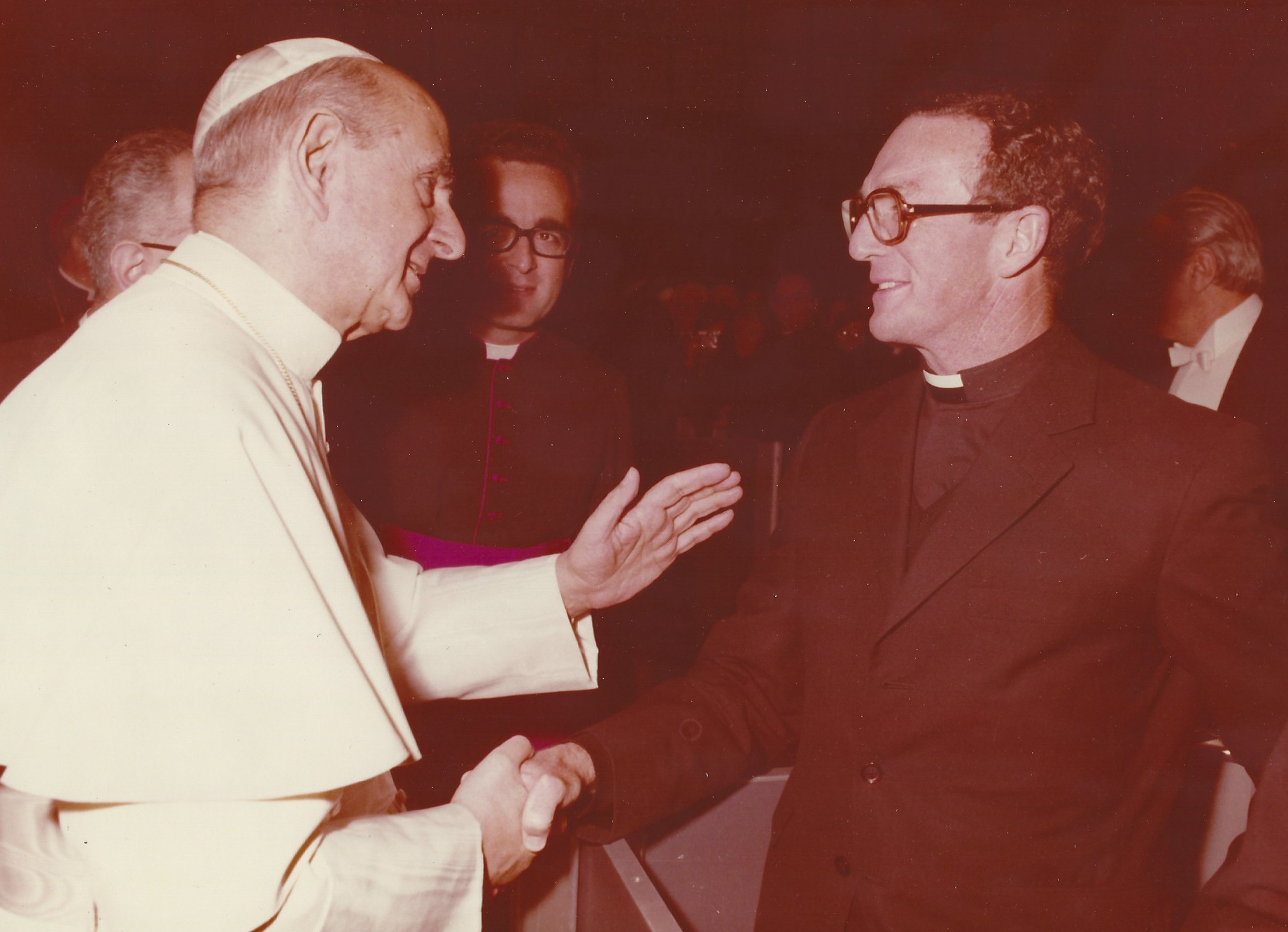 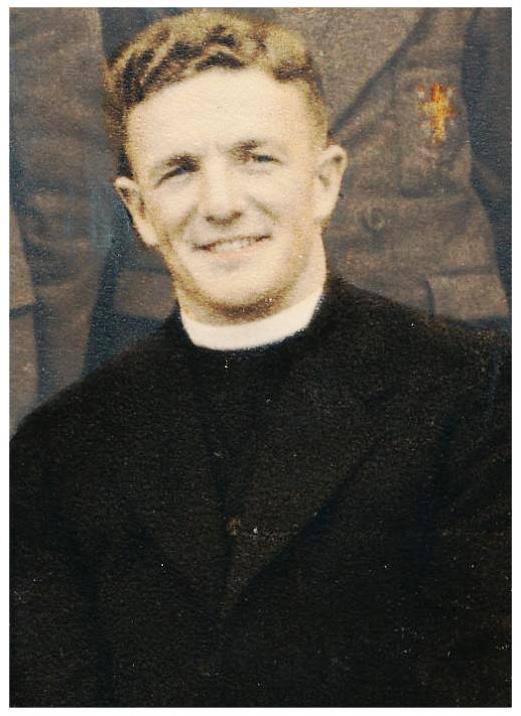 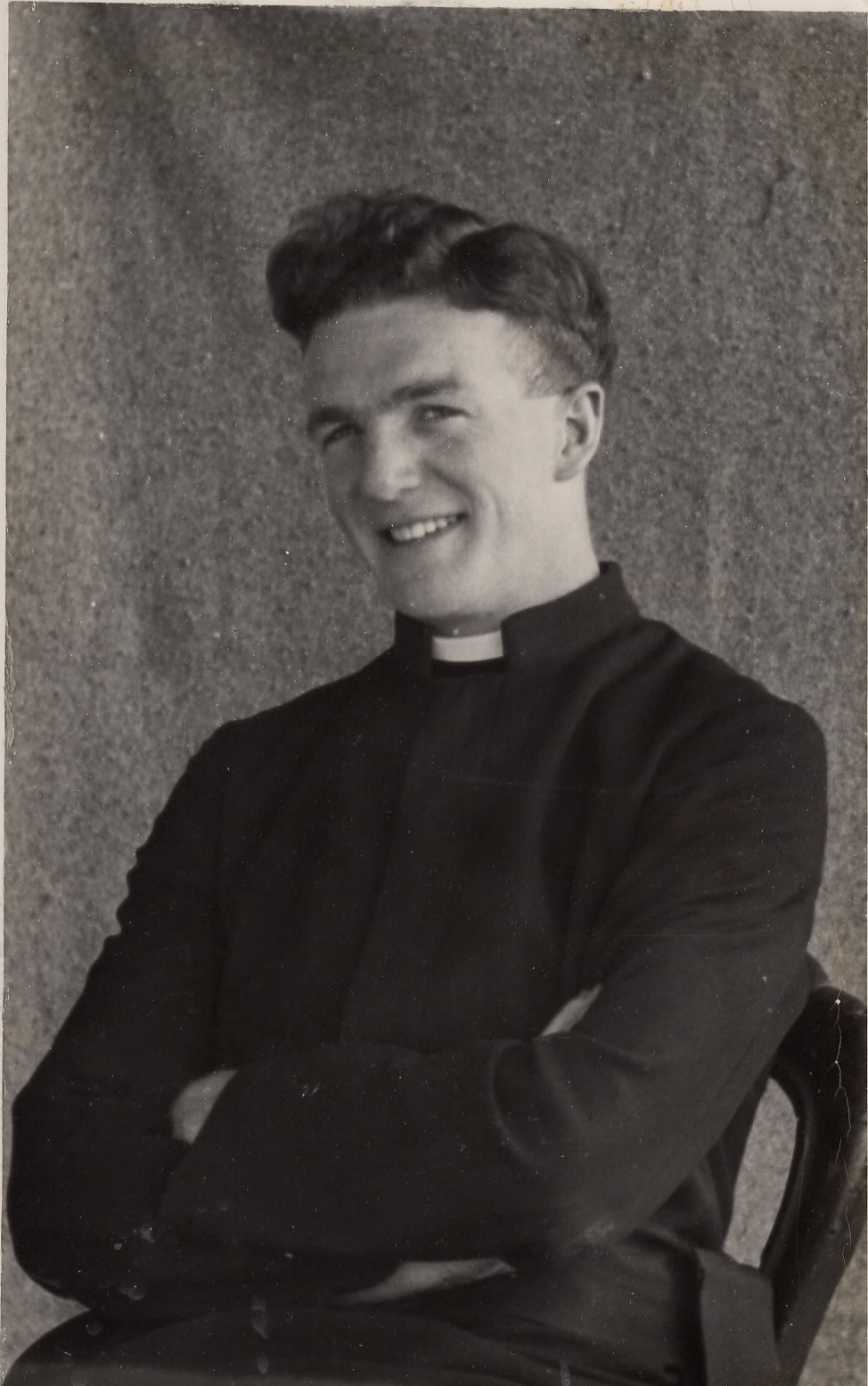 REGISTRATION for the Funeral Mass is essential.

Please use the link provided above.

The Funeral Mass will be available by Livestream.

Please use the link provided above.

The Committal Service will take place at

A Vigil Service will be held in Rostrevor College Pavilion

In lieu of flowers, donations to the Edmund Rice Foundation (Australian Projects)

would be appreciated. Donations can be made online at erf.org.au/donate

Mark was born in St Peters, Adelaide on December 10, 1926, son of Frank and Priss (Brennan). His brothers and sister  – Patrick, Francis, Paul, Michael, John (Br Ben cfc), Julian and Mary – all predeceased him. He is survived by many nieces and nephews.

After attending his local Catholic Parish School, Mark moved to Christian Brothers’ College, Wakefield Street, Adelaide before travelling to the Juniorate in Sydney in 1943. Mark’s novitiate was at Minto in 1945. He professed Perpetual Vows as a Christian Brother in December 1952.

Br Mark was a much-loved member of our Brothers’ communities, as a Community leader on a number of occasions, and as a teacher mainly in middle school. Br Mark had a great interest in musicals, especially Gilbert and Sullivan operettas, and presented many of these and massed choirs in schools where he taught. An active sportsman himself, he is remembered as a strong handballer and athlete and as a successful coach of Australian Rules Football, Cricket and Rowing.

May he now rest in peace with his God

whom he loved and served so faithfully.

I never met Br McCabe until the 50th anniversary of the Trinity College Rowing Club. What a character he is. He had the audience in stitches with his speech. He knew how to get things done. His legacy is remembered at Trinity College with McCabe court named after him outside the Rowing Shed. RIP Br McCabe. You shall be remembered.

Br McCabe was an outstanding contributor to the Rostrevor community as a teacher , coach and musical director. A fine man loved by all his students.

Dom was a close friend of the Kiley family for over fifty years. He was wonderful to be around. He has left us with so many great memories. An inspirational man to so many. God bless Dom.

RIP Brother Mark. You were a good friend and mentor during my 3 years as Bursar at CBC during 1993-1996.

Brother McCabe had an excellent knowledge of music including G and S operas. His patience and understanding helped me as the Major General in the G and S opera Pirates of Penzance in 1963.

An outstanding man, Brother, and mentor. His tutelage, in the classroom, on the field and the water gave strength, formed men and changed lives. It was with the utmost pride that our crew inaugurated the rowing boat named after him. Vale the 'Bopper'

We will always have Brother mark mc Cabe forever in our heart rest in peace. Ingrid, Melinda and Judith.

I have very fond memories of Brother Mark whilst working at Christian Brothers College in Adelaide. Mark always had time for all those he came in contact with. His kindness, compassion and sense of humour will always be remembered. Mark will be missed by so many. May you rest in peace and love.

Sincere condolences to the family. He was a wonderful support and mentor when I taught at CBC Jnr School.

So many fond memories of Mark a great mentor and mate. So disappointed I can't be with the Edmund Rice Family to day to celebrate Mark's life.

I fondly remember the kindness of Brother McCabe as a teacher and dormitory master when I was a boarder at Rostrevor in 1960-62. His good humor and leadership were but part of the features that made him so likable. Brother Mark through his talents, great work and example have left lasting impression throughout my life.